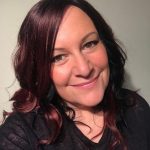 I had suffered for most of my adult life with severe clicking jaw which became more and more painful and eventually locked so I couldn’t open my mouth. I had terrible constant pain and headaches which also spread to my neck and shoulder on my left-hand side.

I would advise anyone with similar problems to just get it done. I had suffered for so long wish I’d met Mr Cascarini years before. My jaw would get stuck even when I had a massage and I couldn’t relax, having it done has completely changed my life for the better.

I’d been to see many doctors and clinics and had been told there was nothing that could be done. As I had private medical insurance through my job, my GP suggested I get another opinion and I found Mr Cascarini online.

I first saw Mr Cascarini three years ago when he diagnosed jaw and disc degeneration on both sides. I initially had an arthroscopy to both sides of my jaw which immediately elevated the pain I was in from lock jaw.  About a year later my disc had unfortunately disintegrated further on the left side so we tried one final arthroscopy with PRP. This helped for a while, but my disc was so badly damaged the pain and headaches returned. We decided that a full joint replacement on the left-hand side was the best option. I was initially very apprehensive as I was unsure of how I would look/feel not only after surgery but in the longer term, I did not need to worry.

Mr Cascarini explained that I would have a titanium jaw replacement made, which would be 3D printed. This took 3 months to prepare alongside the planning for the operation.

I carried out lots of research on the internet and saw the positive feedback from Mr Cascarini’s other patients. I didn’t have an option and I have had good results from other operations, so although I was nervous, I was also looking forward to having it done and to not being in pain anymore.

The operation took place in August 2020 during lockdown, so it was a very strange experience. I woke up not in excessive pain stayed in for 4 days. Once I got home, I started to do my exercises with the jaw stretcher. At first I was worried as I couldn’t open my mouth that much which spurred me on to do the exercises. Now it’s amazing, I can open my jaw wider than I could before. I have no problems at all with pain, although my face is still very slightly swollen, and I have the very occasional ache. I can eat anything and I look no different to how I did before.

From the moment I walked into Mr Cascarini’s office I felt I was in safe hands, he made me feel like finally someone understood.  He explained my options and I never once felt pressured into having any of the procedures. After the initial healing from surgery I can honestly say I have never felt better, I can eat normally, smile normally and most importantly I feel no pain, Mr Cascarini is a superhero in disguise and someone who I will be eternally grateful too.  Thank you!

This website uses cookies to improve your experience while you navigate through the website. Out of these cookies, the cookies that are categorized as necessary are stored on your browser as they are essential for the working of basic functionalities of the website. We also use third-party cookies that help us analyze and understand how you use this website. These cookies will be stored in your browser only with your consent. You also have the option to opt-out of these cookies. But opting out of some of these cookies may have an effect on your browsing experience.
Necessary Always Enabled
Necessary cookies are absolutely essential for the website to function properly. This category only includes cookies that ensures basic functionalities and security features of the website. These cookies do not store any personal information.
Non-necessary
Any cookies that may not be particularly necessary for the website to function and is used specifically to collect user personal data via analytics, ads, other embedded contents are termed as non-necessary cookies. It is mandatory to procure user consent prior to running these cookies on your website.
SAVE & ACCEPT